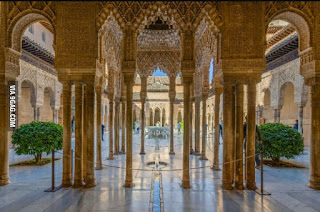 I like poetry.  Reading ancient poetry reveals the similarity of emotional concerns over time.  I was looking at 10th century poetry from Arab Andalusia (southern Spain) and noted it shares the lyric tradition of Sappho 1600 years prior.  I can image the evening soirées where this poetry was read, what a way to end a day!

I particularly identified with a poem by Ibrahim ib Ulthman’s “Apology” that who shows a respectful treatment for the “gift of the Muses”.

Don’t cross me off as fickle
because a singing voice
has captured my heart,

One must be serious sometimes
and lighthearted at other times;

like wood from which come
both the singers’ lute
and the warrior’s bow.

This poem was attractive to me because it characterizes my personality.  Someone who enjoys laughter and even being silly yet my underlying temperament can be deadly serious.  Humor does not preclude serious opinions and emotions.  The fact that someone one thousand years ago can describe me is a pleasant reminder of the commonality of humanity and the shared traits across time and culture.

Your friend invites you
to enjoy two shimmer pots
already giving off
a savory odor,
some perfumes,
a carafe of wine,
a delicious place

Although in somewhat of a contrast, I encountered an epitaph that highlighted the fear and sadness we also share with the ancients.  The ancient Greek scholar, Kallimachos (c. 294-235 BC) recited the following epitaph for a son: “His father Philip laid here the twelve-year old boy Nikoteles:  his dearest hope.”

I am left graced by the walk through these poems and pleasantly satisfied that one can speak with a neighbor of so long ago.  I am very thankful for translators who handled these difficult works!
Posted by Thomas Ask at 1:50 PM No comments:

Email ThisBlogThis!Share to TwitterShare to FacebookShare to Pinterest
Labels: poetry

Philosophical Foundations of the Maker Movement 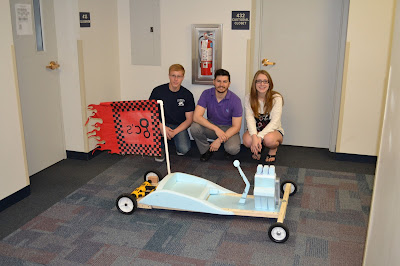 Science has limits. The scientific method gets touched by social forces, at least according to philosophers such as Kuhn and Feyerabend.  Into this gap in science flows the notion of design by building and the maker movement.  Here we can design and build things with fewer of these social forces guiding our ways.  The following is extracted from my talk at the 4th International Conference on Design Creativity last Friday.

“For it is owing to their wonder that men both now begin and at first began to philosophize” opined Aristotle who understood the importance of human curiosity and the notion of wonder. The maker movement reflects our appreciation of wonder, joy of discovery, and venturing into the unknown.


Data usually drives paradigms, from grounded theory approaches in the social sciences to inferential statistics. Other formal approaches to confirming hypotheses from data have been developed. For example, the Bayesian approach strives to quantify how data confirms one hypothesis over another. More evidence can elevate the “degree of belief” to a higher value and cause a convergence of mental models. However, data, or in a general sense evidence, are a product of data acquisition methods. Evidence is also routed through biases connected with epistemology and context. Moreover, evidence is routed through paradigms. All of these issues, whether data errors or biases are a threat to objectivity. The interface of evidence and bias can be summarized by Heisenberg’s assertion that the world cannot be separated from our perception of it.

Applying the notions of the philosophy of science to making may seem to push certain connections too far. Creating physical objects can create Locke’s notion of ‘sensitive knowledge’ in which sensory ideas are produced by an experience one does not understand. However, making, at least in the realm of inventing, relates to science in terms of empiricism and are seeking some flavor of usefulness. If one asserts that science contains helpful truths, makers can apply distinctive hermeneutics to pursue their goal. Interpretive epistemologies such as ethnography are common in making. A maker may use participant ethnography to investigate the needs of his or her community.

The philosophies of science provide helpful insights in recognizing that science has constraints in the forms of paradigms, group dynamics, intellectual ecologies, bias and errors. Furthermore, new objects and experiences can be created when working outside these constraints. Makers are free to work outside established paradigms and intellectual ecologies. Moreover, the sheer volume of production developed by makers can provide evidence of success in unexpected areas and favor participant based ethnographic design approaches. The melding of the voluminous potential of makers with information technology provides a tremendous resource for future advances. 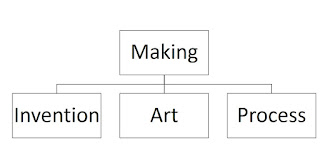 Taken from my presentation at the 4th International Conference on Design Creativity. Complete paper available at:

Posted by Thomas Ask at 1:30 PM No comments: