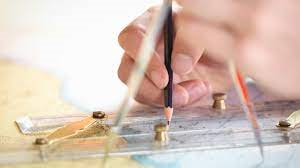 Navigating on the water has become remarkably like playing a video game. You keep your digital boat image in the digital white area of a digital map. I have been sailing many decades and remember the old days of boat navigation. These were bad old days. You were more tense. You would determine your position as best you could and plot a direction that was safe to travel. You would do this with a paper chart (map) and parallel rulers. You would determine a range of directions (bearings) that were acceptable and those that weren’t. You considered current (and leeward movement for sailboats) and try to offset these invisible movements. If you could see visible markers, such as buoys, you were in pretty good shape although the current and leeway could deceive you. When you could see two navigational markers you could precisely locate your position and that was thrilling. Otherwise, you were not exactly sure of where you were. Your depth sounder gave you some idea of what was going on but it could not be fully trusted in silty waters. You struggled with how fast to go when things got tight. Running aground at anything but dead slow is a big problem. Sextant sightings were fine in the open ocean but not around hazards. 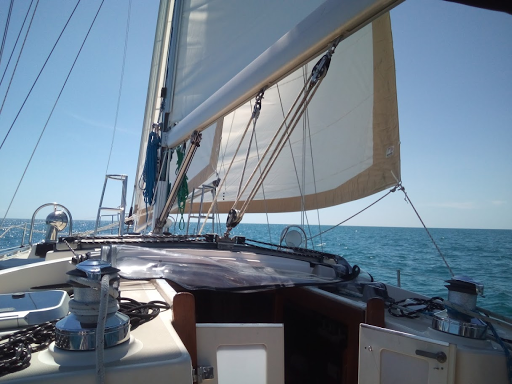 I don’t miss the tension of analog piloting. It was a challenge and had some visceral thrill (we are going to run aground!) You were still dependent on technology, but it was charts and navigational aids. This is not much nobler than GPS and electronic charts. However, I guess you are more prepared for power outages and digital deaths. I also know high speed Morse Code, having been a ham radio operator for many decades. However, this ability has not helped in any way for the last few decades. It is a little sad when your skills are no longer important, but that is how life goes. Don’t love anything that won’t love you back.

I recently finished Dana’s, “Two Years Before the Mast” which recounts a trip from the US East Coast, around Cape Horn and up to California. It was a more interesting read than I expected. Now you can view California’s nature on YouTube. When Dana was traveling in the 1830s, you might have to wait a week in the raging seas to get a wind shift so you could actually get around Cape Horn. Losing your ship for any reason meant you were likely to die or at least be stranded. The saddest part of sea life at that time is the men were stuck in their position. They had little hope for anything better. I can’t imagine not having hope. Hope is fueled by wonder and in turn fuels ambition and action. Losing hope takes away a deep part of human essence.

Secret knowledge closes doors. Modern navigation turned my old skills into nearly useless relics, but reducing the stress of boat navigation is a sweet change and makes boating more accessible to everyone – adventure democratized by design. Navigation is a small example of the doors opened by design and technology. Designing both technology and its integration into purposeful systems has allowed people to do wonderful things, from visually hopping on their drones to accessing the world’s greatest library on the internet.

I don’t know if “purposeful systems” is a real term, but I like it. Only humans can have a purposeful vision that brings technology together by design. Adventure democratized reminds me of rock climbing, kayaking, and backpacking. These are some of the inexpensive ways to gain access to nature’s wonders, but that is another story…. 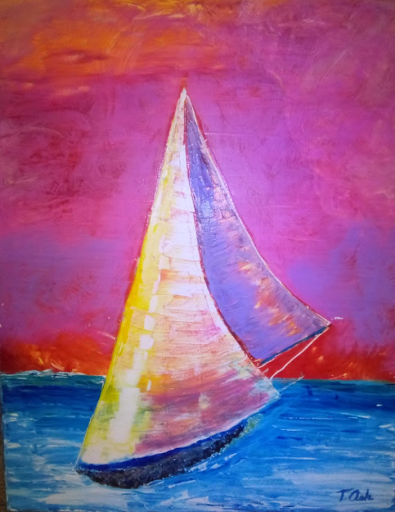